“We add some serious talent and character to our football team,” says head coach Atiba Bradley. “The signing class that we have addresses a lot of the needs. They provided some speed, depth and football IQ in certain areas. We’re extremely excited about these young men and what they can bring to our football team.”

Bradley was hired as head coach of the program in February of 2021. This is his first recruiting class.

“I’m looking for trailblazers,” Bradley says. “I’m looking for guys who want to be the start of something special. I feel like we have a lot of those pieces in the building, but we also signed a lot of those pieces with this class. These are the guys that are going to propel us to where we want to be and that’s in the upper echelon of the league.”

Three local athletes will continue their careers as Missouri Southern Lions. Joplin’s Jett Steels has signed to play on the offensive line for MSSU. From Lamar, defensive back Mason Gastel and tight end Trace Willhite sign today. Willhite is a three-time all-conference selection. He finished his senior season with 586 yards and seven touchdowns on the ground and 170 yards and two touchdowns through the air.

“He’s a football phenom. He does a great job as an off-the-ball tight end,” Bradley says. “I’m excited for Trace to bring his physicality to our team. Lamar has had a culture of toughness for a long time and there’s not a lot of difference between the old school Big 8 and the MIAA. It’s really good football. It’s blue collar football and Trace embodies all of that. We’re excited to have him in the mix.”

Beyond Gastel and Willhite, the defensive back and tight end positions were a focus for this years class.

“As we more forward, we want more guys that can put their hand in the ground and be a little more physical in the run game and also give us a big body and a big target in the pass game. We definitely needed to add some tight ends to our roster.”

“You have to find guys that can run and are athletic,” Bradley says. “If you look at our class, you’re going to see a lot of defensive ends. You’re going to see a lot of long, lean bodies that can run and that are physical. You also have to find guys that not only can run but also have growth potential. We’re identifying body types that can get bigger and maintain their athleticism. The best teams in our league have the best o-line and d-line. Games are won in the o-line and d-line.” 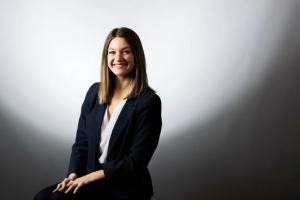 Dani Terzer joined KOAM as a sports reporter and weekend anchor. Born and raised in New Jersey, Dani moved down south for college where she attended the University of Georgia. She graduated in 2019 with a Bachelor’s degree in journalism and a sports media certificate. Dani has worked for the local TV station in Athens, Georgia as well as for the Buffalo Bills and the NFL. She’s excited to bring her passion for sports and storytelling to the 4-States. When Dani’s not watching sports, she enjoys fitness and outdoor activities as well as traveling. In 2023, Dani decided to forward her career as a digital communications employee in Atlanta.