MIAMI, Okla. — “He helped so many people throughout the years putting out fires and taking them to the hospital. Some lived, some died, but they always knew he was there,” says Joshua Newman. 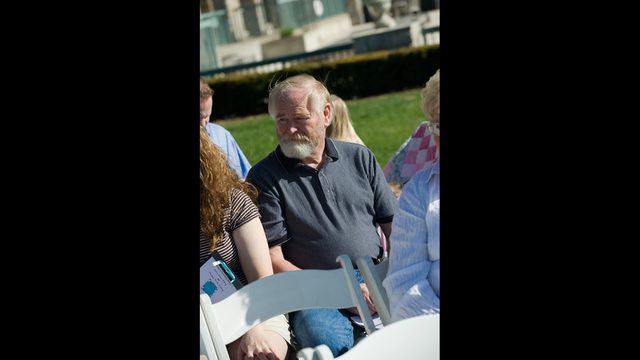 Newman grew up in Miami, Oklahoma and graduated from Miami High School.

He served in the Oklahoma National Guard from 1965 to 1971, then moved to Claremore, Oklahoma where he helped make sure the community had a fire department.

Bob Anderson is the chief of the Tri-District Fire Protection District and says Gary played a big part in making the department successful.

Newman served as the assistant chief of the fire department for several years.

He was dedicated to the job, but Joshua says it didn’t get in the way of him spending time with his family, or riding motorcycles.

Joshua says, “He bought one and he traded up until he got enough to get his Harley. He always loved bikes and rebuilding them. Helped me rebuild my first bike.”

To honor his dedication to helping others and his love for motorcycles, his casket was given one last ride behind a Harley-Davidson with a police and fire escort, before being taken to the G.A.R. Cemetery in Miami.

“That was his dream.. it was great. There was a lot that I wasn’t expecting that actually happened,” says Joshua.

“It gave Gary one last little bling, and he’s probably smiling down at us right now,” says Anderson.

It was just one last small thing to honor a man who touched the lives of so many.

Joshua says, “It’s a big loss. Lots of people feel it too.”

He leaves behind four sons, one daughter, and 12 grandchildren.

Sheriff: Body found in ditch under investigation in Crawford County

Brothers in Seneca write and perform song about Chiefs

Trump suggests he may be open to entitlement cuts in future