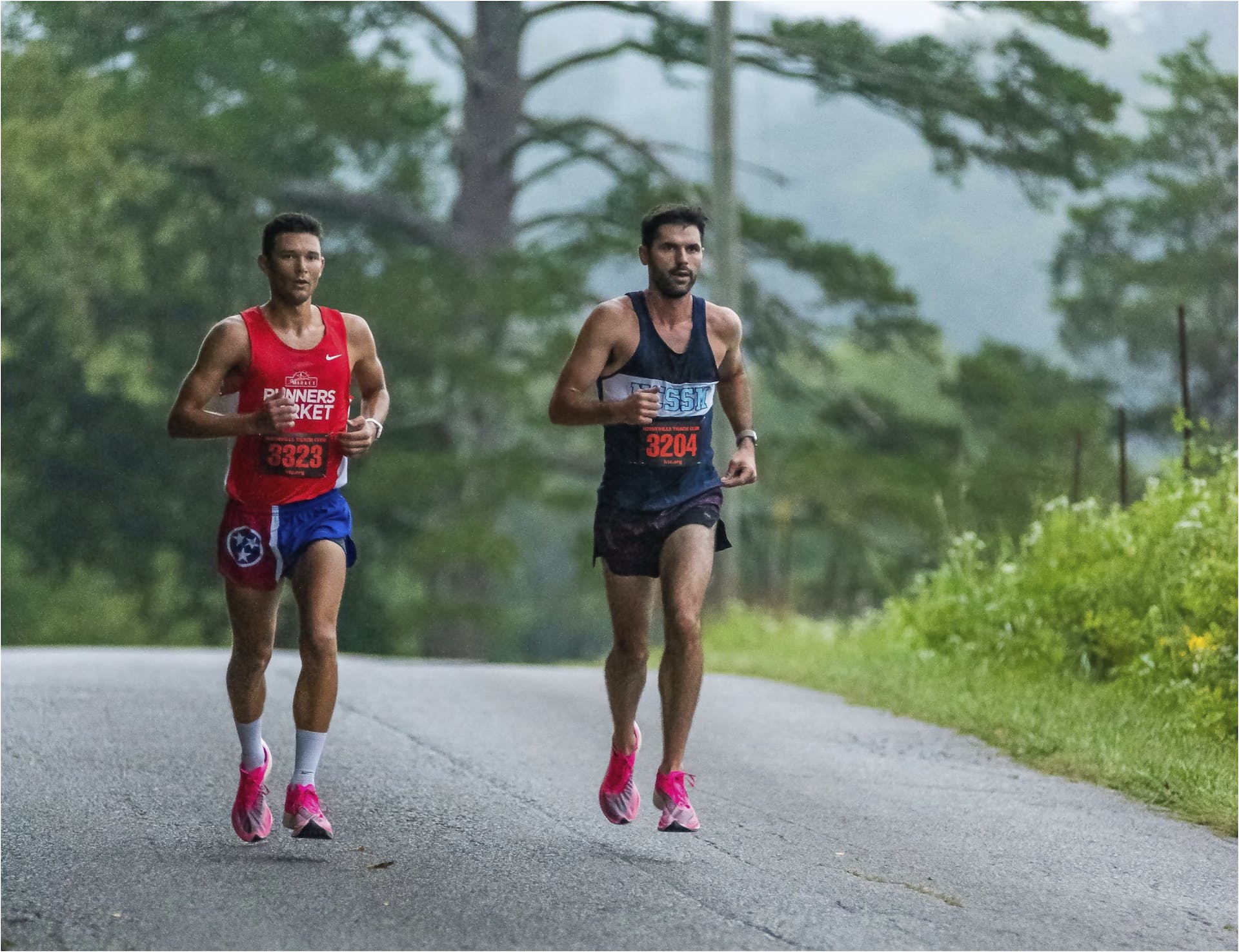 Whether standing at the starting line for a high school cross-country competition or, years later, at the cold rainy 2018 Boston Marathon, I have always been nervous before races.

In November 2021, I was again at the starting line, this time at the Monumental Marathon in Indianapolis. And while I’ve always prepared for a race, this time I did it differently.

I’d spent the previous three years doing scientific research as part of my doctoral program at the University of Tennessee, Knoxville, showing, mathematically, how to use nutrition and training to run an optimal race.

While there is significant research on pacing, training and eating, there has been little research done at the intersection of math and running. The research that has been done focuses mainly on shorter races, like the 800-meter, instead of longer distances, and none of it focuses on the practice of eating while running. I wanted to find out how a marathon runner could maximize energy output to run the fastest possible race.

My colleagues Suzanne Lenhart, Guoxun Chen and William Hager and I combined mathematics with research from the worlds of nutrition and sports science to identify how a runner’s speed should change throughout a race – and how much and when to eat during the run.

The marathon emerged from an ancient Greek legend of Pheidippides, a messenger who ran 40 kilometers from Marathon to Athens in 490 B.C. to bring news about a Persian invasion – or possibly, to announce the Athenians’ victory.

More than 2,000 years later, in 1896, the first modern Olympics included a marathon. The next year, the first Boston Marathon was held. The race, likely the most famous of more than 1,100 marathons organized in the U.S. each year, will mark its 126th anniversary on April 18.

Completing a 26.2-mile marathon requires both training and strategy. Pacing is key: A runner who takes off at a sprint can’t expect to maintain that speed. In the 1920s, runners first realized the need to stoke energy during long-distance runs and began sucking on hard candies during races. Today, a lucrative industry sells energy gels, gummies, sports drinks and other in-race nutritional products.

That’s because running is an energy game, fueled by stored fat and glycogen. During high exertion, the body burns mainly glycogen, a complex carbohydrate structure used to store energy in the muscles and liver.

That’s where nutrition planning comes in. The body has plenty of stored fat, but a limited supply of glycogen, enough to run maybe 15 miles. Eating carbohydrate-loaded meals leading up to a race builds glycogen stores.

But high-speed or long-distance running can exhaust available glycogen, triggering a miserable and well-known experience known as “bonking” or “hitting the wall.” When the body runs out of sugar to burn, muscles cramp up and, in extreme cases, a runner may experience dizziness or confusion, or may even collapse. The antidote: consuming simple sugar during a race.

To show scientifically how to run the fastest possible race, my colleagues and I built a computer model. It relies on various personal parameters such as a runner’s weight and ability to absorb oxygen, which is calculated by most sports watches.

Other factors include the rate at which a runner burns calories and how quickly the body clears lactate, a compound that makes the muscles feel heavy when it accumulates. We incorporated equations for speed; changes in available energy from fat and glycogen; and the energy boost from food consumed during the race.

Then we programmed in our goal: determining how a simulated marathoner can run the most efficient 26.2-mile race.

We evaluated various combinations of speed and available energy alongside fuel intake, ranging from 100 to 1,100 calories. Overall, our model shows that maintaining a fairly constant speed from start to finish helps a runner achieve top performance.

The results differ significantly from person to person. The model reveals an individual’s best speed and calculates the amount of calories they should take in, based on personal needs, and when to consume them. The model also generates graphs to visually depict results. All can be improved with dedicated training, making a runner more energy efficient.

Since this model is based on biological phenomena, not data, we needed to validate the approach. So we compared a simulation of Eliud Kipchoge’s 2019 world record-breaking marathon against his actual performance. Kipchoge, the first to ever complete a marathon in under two hours – 1:59:40 – gave an amazing physical performance that was optimized by a team of experts.

To compare our simulation with his actual race, we put in his personal parameters alongside the 800 calories he consumed. Our model proved extremely accurate: The simulation differed from Kipchoge’s performance by just one second per mile.

I then used myself to test our model on a runner with a different skill level. I stood on the starting line of the Indianapolis Marathon, prepared to use the model’s pacing strategy and in-race nutrition plan to consume five 100-calorie gels. I finished in 2:37:14, a major personal best for me, more than 15 minutes faster than I’d ever run. The simulation again proved strong: It differed from my true race time by less than 1%.

The ultimate goal of this work is to create a user-friendly application that allows runners to plan in-race nutrition and calculate their best speed, both of which are crucial to running the optimal marathon.

Get fascinating science, health and technology news. Sign up for The Conversation’s weekly science newsletter.

Cameron Cook does not work for, consult, own shares in or receive funding from any company or organization that would benefit from this article, and has disclosed no relevant affiliations beyond their academic appointment.

Biden asks if congresswoman who died in crash is at conference

McDonald's is selling Happy Meals to adults — with a twist