A new third party for US politics: 3 essential reads on what that means 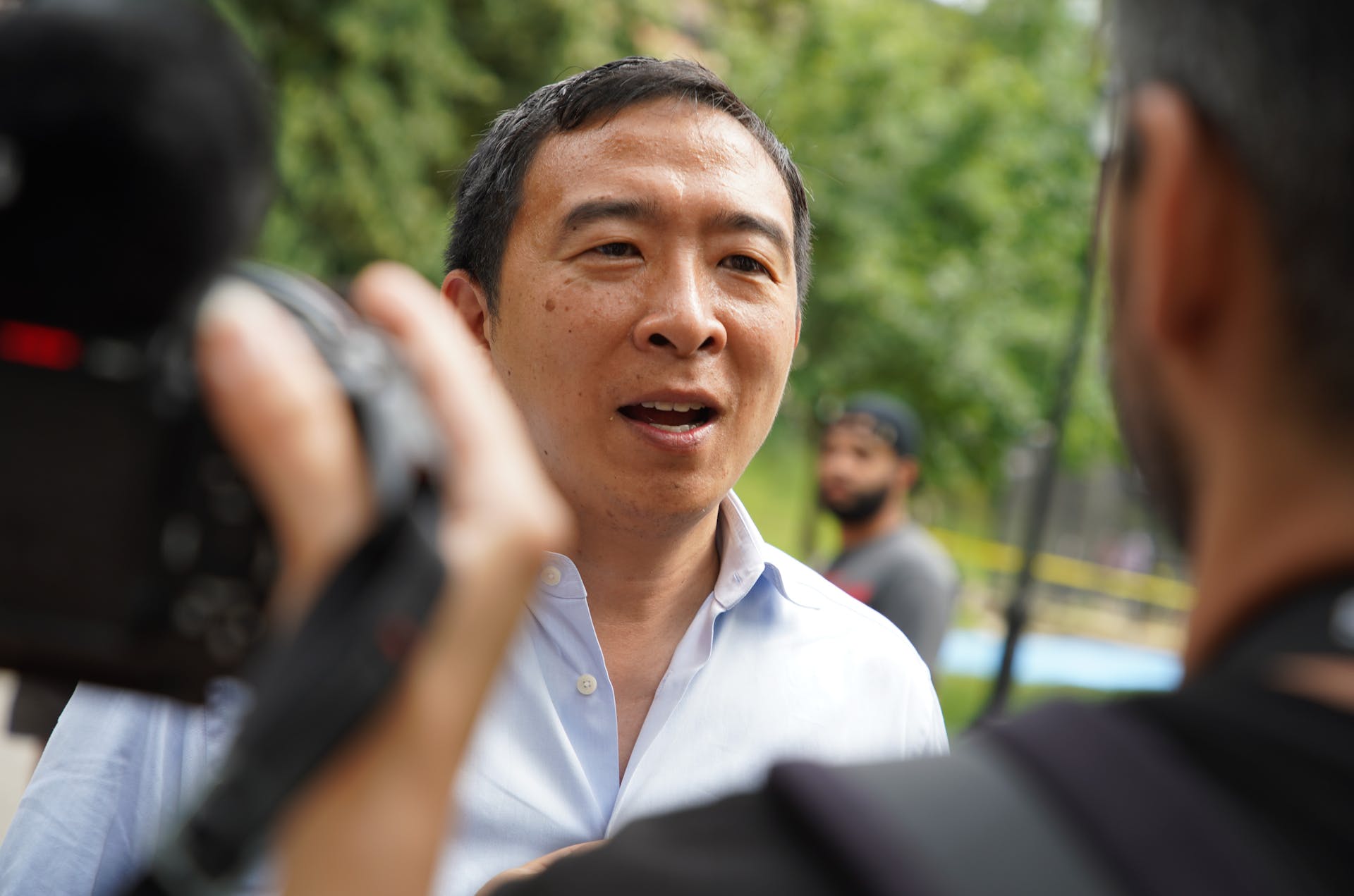 Andrew Yang, losing candidate for president and New York City mayor, is one of the founders of the Forward Party. Rob Kim/Getty Images

In June 2022, Gallup asked participants in a U.S. survey about their party membership. “In politics,” pollsters asked, “as of today, do you consider yourself a Republican, a Democrat or an independent?”

The largest segment of participants – 43% – said they were independent. Republicans and Democrats represented 27% each.

Note the lower case “i” in independent. That means it’s not a party, as the Democrats and Republicans are. Actual political parties have policies, they have big bank accounts, they have organizations in every state, and they have a place on the ballot in elections.

But if the leaders of a new, centrist political party whose formation was announced on July 28, 2022, accomplish their goal, the “Forward Party” will attract many voters who no longer identify as Democrats or Republicans and it will become a force for moderation – and an institution – in U.S. electoral politics.

“How will we solve the big issues facing America?” the founders said at a news conference. “Not Left. Not Right. Forward.”

Here are three stories from The Conversation’s archives that analyze the chances of third-party success at changing the U.S. political system.

The Founding Fathers didn’t think highly of political parties, with Alexander Hamilton, second from right, saying they were a ‘most fatal disease.’ Stock Montage/Getty Images

Political scientist Alexander Cohen of Clarkson University acknowledges that the U.S. two-party system has long been “besieged.” Critics of party politics in general date to the country’s founding.

Still, parties persisted as the vehicles of electoral politics in the country, evolving into the current two-party system from a variety of parties that emerged and died over the past 200 years. An upstart third party is unlikely to dislodge the status quo, Cohen says.

“The modern Republicans and Democrats are unlikely to go the way of the Whigs, Federalists and Anti-Federalists, regardless of recent political earthquakes.”

Read more: The two-party system is here to stay

“The American electoral system is the primary reason why the U.S. is the sole major democracy with only two parties consistently capable of electing public officials,” writes Hershey. “Votes are counted in most American elections using plurality rules, or ‘winner take all.’ Whoever gets the most votes wins the single seat up for election.”

But in many other democracies, Hershey says, multiple political parties can thrive because of a different system of electing representatives. For example, Hershey writes, there are widely used systems that award seats proportionally to the percentage of votes a party wins. 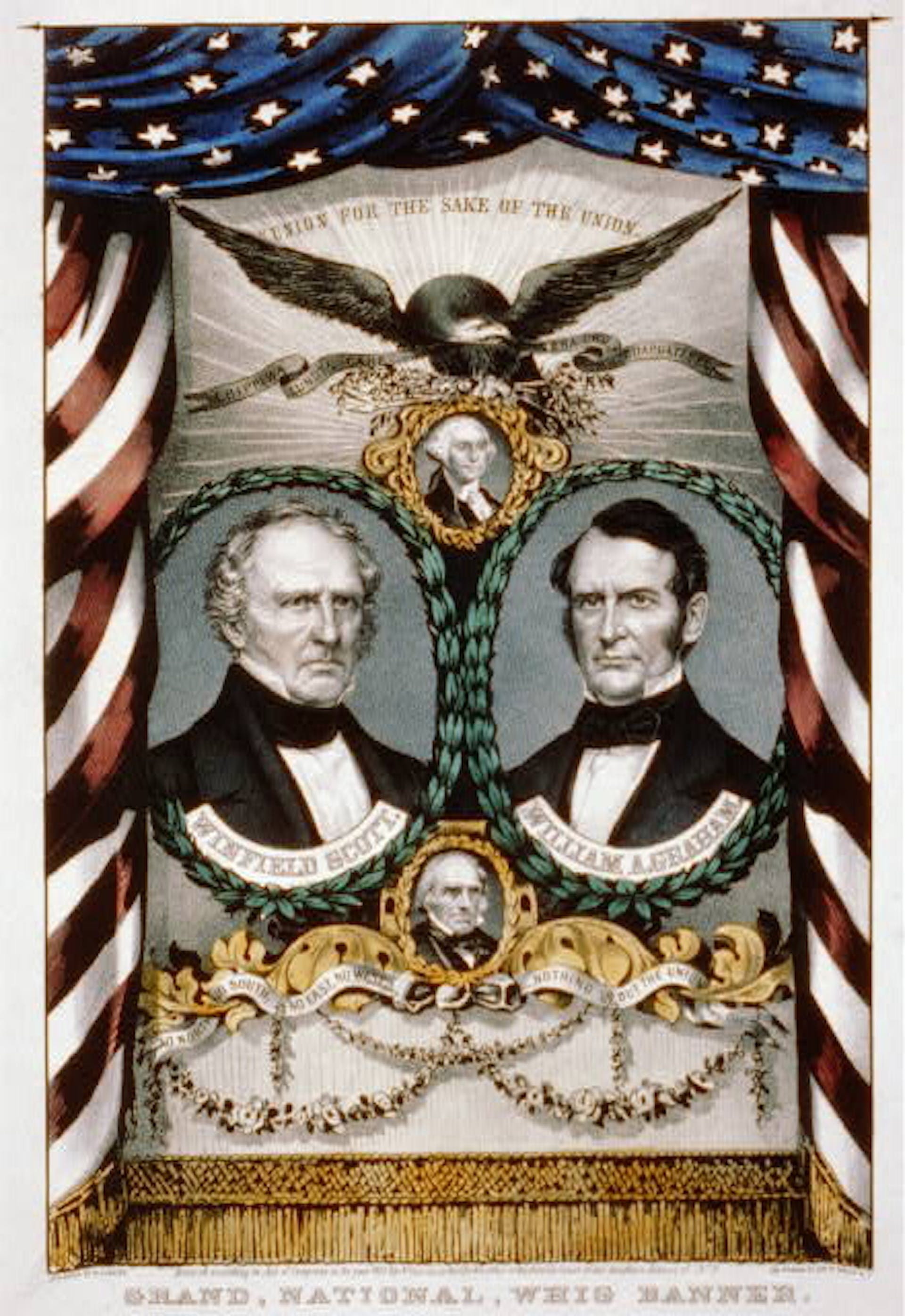 The 1852 Whig Party presidential campaign poster. Within 10 years, the party was no more. Library of Congress Prints and Photographs Division

“In the Netherlands, for instance,” writes Hershey, “even a small ‘third’ party called the Party for the Animals – composed of animal rights supporters, not dogs and cats – won 3.2% of the legislative vote in 2017 and earned five seats, out of 150, in the national legislature.”

If that system existed in the U.S., that would mean even a small party would be smart to run Congressional candidates, because even if the party only got 5% of the vote, “they could win 5% of the state’s U.S. House seats.”

But a caveat: Those voters who call themselves “independent,” or say they’re disappointed by or disillusioned with political parties, are still influenced by vestigial party sentiment. Pollsters find, writes Hershey, “that most of these ‘independents’ actually lean toward either the Democrats or the Republicans, and their voting choices are almost as intensely partisan as those who do claim a party affiliation.”

Read more: Why Trump is more likely to win in the GOP than to take his followers to a new third party

Not everyone sees failure at the ballot box as the final judgment on U.S. third parties. Winning elections isn’t necessarily the goal.

“The most successful third parties in U.S. politics don’t typically rise to dominance but instead challenge the major parties enough to force them to change course,” writes political scientist Bernard Tamas of Valdosta State University.

Tamas, who has written a book on U.S. third parties, says that they tend to emerge when Democrats and Republicans are politically polarized – something that has happened periodically since the Civil War. That polarization between parties means “larger groups of voters end up being not represented by either one, and the intense contention between them also increases political dissatisfaction.”

For the 50 years after the Civil War, the two parties were very polarized. Third parties were “aggressive and strong” during that period, Tamas writes.

But their aim wasn’t to make themselves an institution in a new, multiparty democracy – as the Forward Party’s leaders hope now.

Tamas predicted in 2021 that a new, centrist third party would emerge – very much like the party that made its debut on July 28. He noted that challenging the Trump-influenced GOP would be a main focus of such a party.

“The new party could gain strategic advantages by fielding candidates in local and state elections in more moderate places where some Republican candidates have nevertheless chosen to follow their party to the extreme,” he writes.

But even if the Forward Party raises money and fields successful candidates, it may not be long in the U.S. political landscape.

“The Progressive Party existed for less than a decade, for example,” Tamas writes. “But by strategically winning the votes of moderate conservatives and thereby undermining Republicans’ electoral goals, even if briefly, a new third party could stop the GOP from hurtling farther down an extreme and undemocratic path.”

Read more: US third parties can rein in the extremism of the two-party system