BOURBON COUNTY, Mo. — A Bourbon County, Kansas boy is recovering after surgery to remove a knife from his skull.

Eli Gregg, 15, was playing outside when he fell and a 10″ knife went through his face. The knife embedded in Eli’s skull, the tip of it on his carotid artery.

An ambulance took him to Children’s Mercy, which transferred him to the University of Kansas Hospital.

“They said there was the possibility of stroke, the possibility that he could lose the sight in one eye. It all depended on how they were able to get it out,” said Jimmy.

It took multiple teams of doctors from the hospital to remove the knife.

“They set up a plan, took some precautions and it’s almost a miracle. It’s really amazing..” She went on to say, “He’s doing great, he should make a full recovery, they’re not too worried about the damage inside because it just, it came out really smooth and just how it happened was one in a million.”

“It could not have had a pound more force on it and him survive that event,” said Dr. Koji Ebersole. He explains the process in the attached video, courtesy University of Kansas Hospital.

As Eli came around and began talking to his mom, he said he’s going to stay away from sharp objects, making light of a very scary situation. 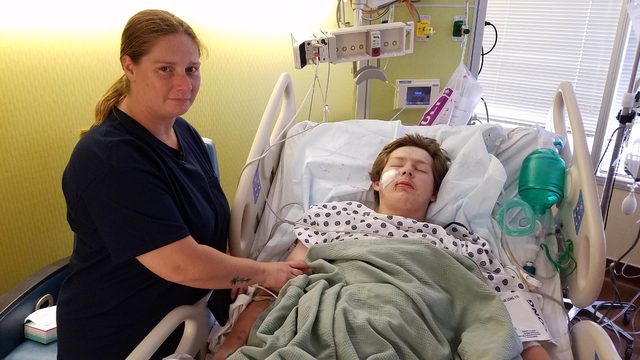 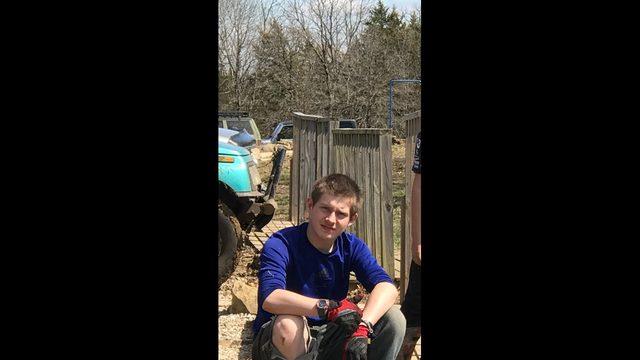